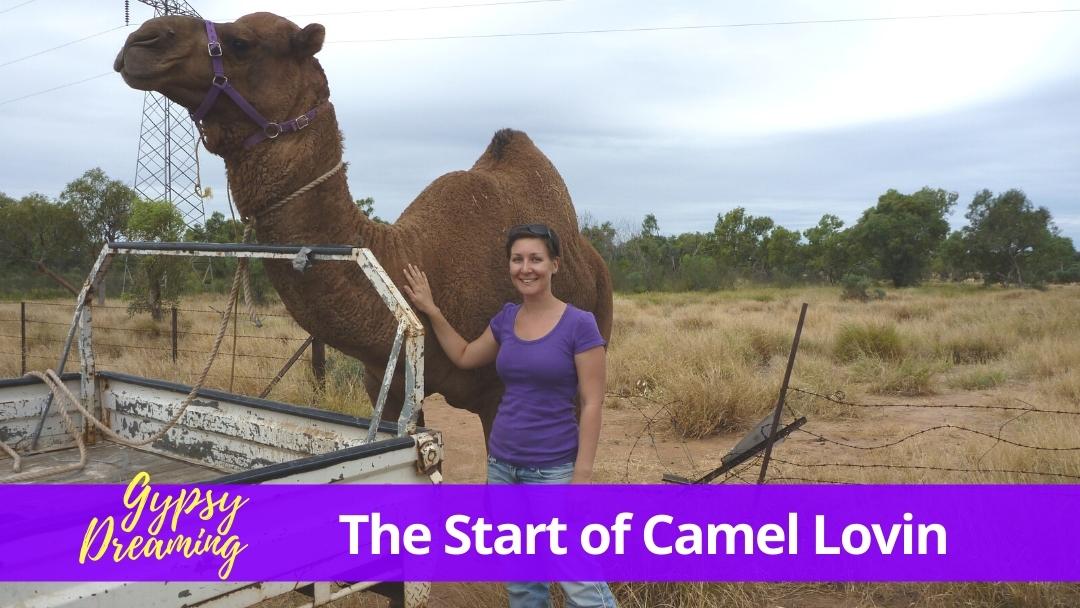 Finally, 9,000 kilometers later, Rusty and I had arrived in ‘The Isa’ – Mount Isa, in outback QLD Australia, where wild camels were roaming in the not too distant area. We were a long way from the comfort of our own home.. now, home was wherever we laid our head for the night.

Our destination had been set after a 1 hour phone conversation with Paul. Rusty and I were living in Darwin at the time and Paul had camels in Mount Isa. It was set, I was to drive to Mount Isa, live with Paul and his family and he would introduce me to camels.

I had no idea what to expect when I first rocked up. Paul and his family lived in town and his camels were on different properties spread around the outskirts of Mount Isa. After a cuppa and chat it didn’t take long to come to the conclusion Paul was a bloody top bloke and his family were fabulously wonderful. I will forever be grateful for their extreme generosity, kindness, warmth and for instantly embracing me as part of their family. 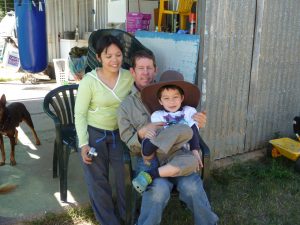 And Paul was mad about camels. He lived and breathed camels, had extensive racing knowledge, had caught and trained camels from the wild, and loved to impart his passion & knowledge to others.

Cuppa over and it was time for my first camel encounter. Paul and I jumped in his ute and headed out to his awaiting herd.

We pulled up and I instantly fell in love. Camels are ah-mazing. They were so big and awe inspiring, and completely intimidating. From a distance I safely watched Paul herd a bunch of camels into the yard, feed them some pellets and shut them away for the night. It was a whirlwind, all the camels looked the same to me, I couldn’t ever imagine being comfortable around them and I wasn’t sure I’d ever be comfortable being in the yard with them.

Then we headed to the next spot where one of Paul’s newly castrated bull camels lived. This experience was a bit different, less intimidating as there were only a couple of camels. Reggie instantly caught my attention, he was big, but also short and stumpy and he had a ginormous bulldog head on him… I lurve big boof head animals. With Paul’s support I felt comfortable enough to go into the yard and meet Reggie in the flesh. It wasn’t long before his gorgeous sooky personality shone through and he had his head rested on my shoulder while I gave him a head massage. Reggie loved a good head massage, it would turn him to putty. He instantly became one of my favourites.

We left Reggie and headed across the road to meet Paul’s other recently castrated bull camel – Banjo. Now, let me tell you, Banjo was in a league of his own. He was HUGE, like seriously massive. To this day, he’s the biggest camel I’ve had the pleasure of knowing, and he too, was a big soft gentle giant. He was magnificent. Banjo also liked to have a head massage and would go all gooey if you got the right spot.

It didn’t take long for me to learn camels are an exceptional species of animal. All have completely different personalities, they’re different sizes, shapes and colours and, of course, are easy to tell apart once you get to know them. And it should not be underestimated how they get deep into your soul, unlike any other animal (or human for that matter) camels become a passion and obsession that can be recognised between all fellow cameleers. The decision had been made… I wanted a camel of my own.

For the next few weeks I stayed with Paul and his family, helping with the camels where I could, listening and learning as much as possible, read camel related books and was generally a sponge. I couldn’t have asked for a better introduction. It was a perfect way to build my confidence and learn from a person who had the utmost respect for these gracious creatures.

Before long I started to think about getting a job to get some money coming in. At first I applied for a professional position in an area that I’d enjoy and could further develop my career. I was offered the job, but I had to have stern words with myself… I was on an adventure… I came to be outside of my comfort zone, travelling, free, on the road with camels in my sights. I declined the position and decided to look for something more appropriate.

I decided to go for a drive to job hunt. I looked at what was within 100kms of Mount Isa and went for a day trip out Cloncurry way. I ended up in a place called Quamby – population of 4. It was a pub in the middle of nowhere, it had a pole in middle of the bar and I got the impression ‘anything goes’. But best of all there was a camel in the paddock next to the pub. 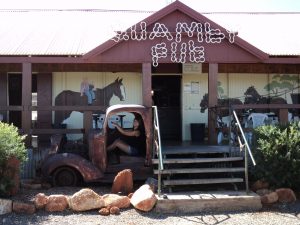 I went to find the publican to ask if there were any jobs going. It just so happened the cook was leaving and they needed a replacement. I could start in a week. I took a deep breath, warned I wasn’t too sure how I’d go with being a cook, but I’d give it a go. And best of all I could have a camel there if I got one. Perfect!

Little did I know I was about to be branded “Karla the Tucker Fucker”, break up a gun fight and break my drinking abstinence, all in a period of two short weeks….

Missed Part 2 of the Gypsy Dreaming Story? (check it out Here) 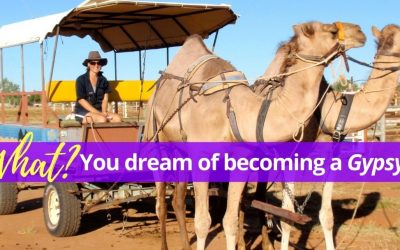 It all started when I was 29… and having a quarter life crisis.   I had a professional career in the Oil and Gas... 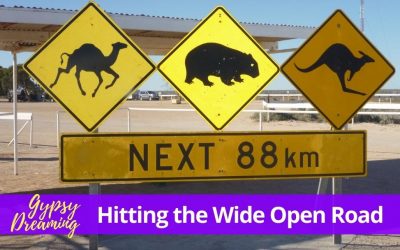 Seriously, it didn’t all happen straight away… me quitting my corporate job, hitting the wide open road and chasing...